Koh Ker Group located more than150 km northeast of Siem Reap town in the province of Preah Vihear, it was briefly the capital of the Khmer empire between 928 and 944 under king Jayavarman IV and his son Hasavaraman II. After the Khmer empire had been established in the Angkor area (Roluos), Jayavarman IV moved the capital in 928 almost 100km northeast to Koh Ker. Here a vast number of temples were built under his reign, until his successor returned to the Angkor area about twenty years later.

The Koh Ker site is dominated by Prasat Thom, a 30 meter tall temple mountain raising high above the plain and the surrounding forest. Great views await the visitor at the end of an adventurous climb. Garuda, carved into the stone blocks, still guard the very top, although they are partially covered now.

Across the site of Koh Ker there are many prasat or tower sanctuaries. A couple still feature an enormous linga on a yoni that provides space for several people. The outlet for the water that was sanctified by running it over the Linga can be seen in the outside wall of one of them. In other cases, three prasat stand next to each other, dedicated to Brahma, Shiva and Vishnu. Most of them are surrounded by libraries and enclosures, many also had moats. At that time, the roofs were still made of wood. Today, only the holes for the beams remain in the stone structures. 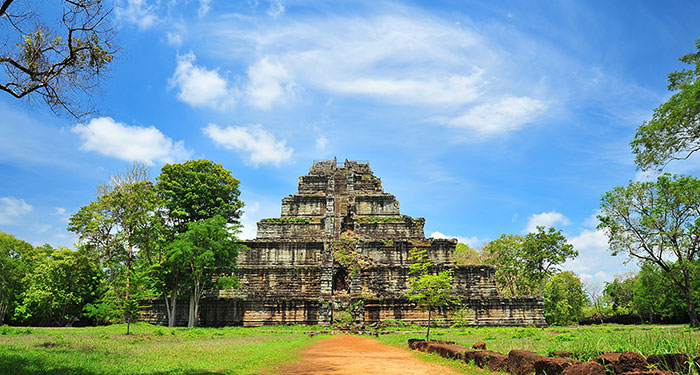 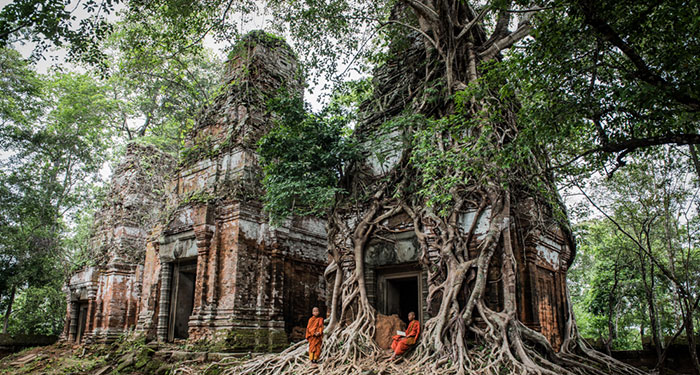 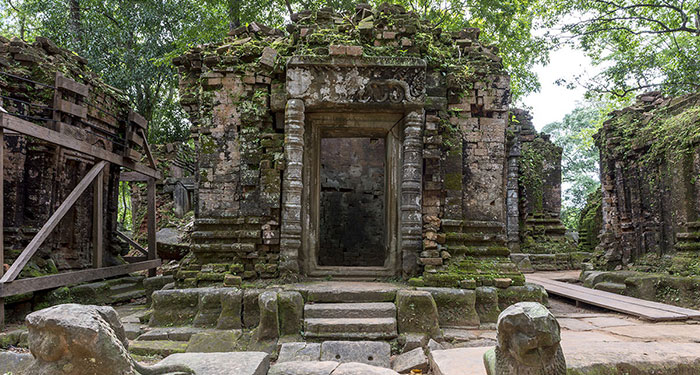