Kbal Spean (It’s name means “Bride Head”) is an Angkorian era site on the southewest slopes of the Kulen Mountain, nearly 55 km from the heart of Siem Reap town. It is commonly known as the valley of a 1000 Lingas (the symbol of the God Shiva’s supreme essence). It consists of a series of stone carvings in and around the Stung Kbal Spean river. The motifs for the stone carvings are roughly three: myriads of Lingas, depicted as neatly arranged bumps that cover the surface of a rock; Lingas-Yonis (female genitalia) designs; and various Hindu mythological motifs, including depictions of gods and animals. 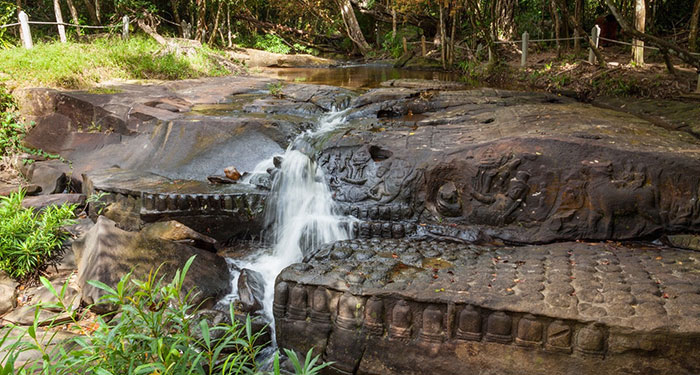 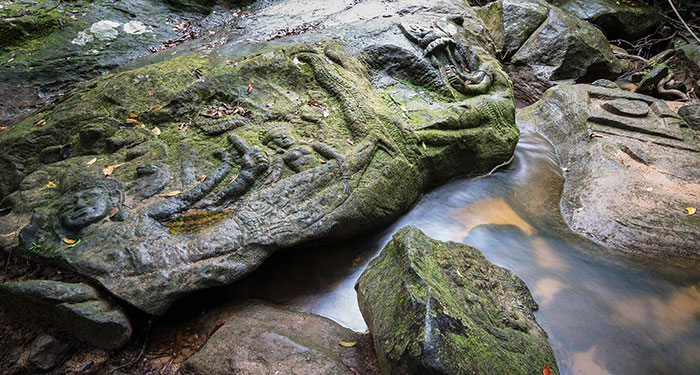 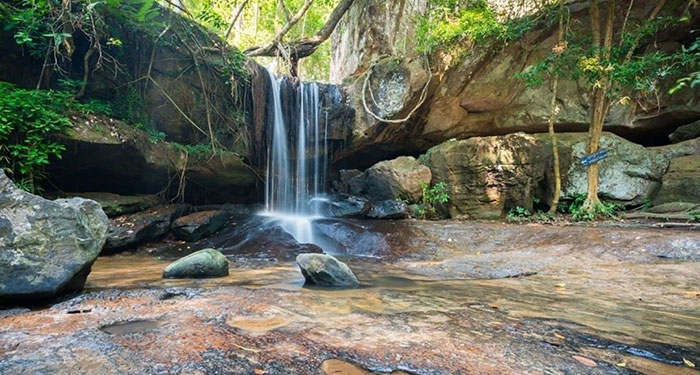