Banteay ChhmarTemples is located in Banteay Meanchey Province and about 20 km east of the Thai border and was constructed during the reign of Jayavarman VII in the late 12th or early 13th century. One of the temple’s shrines once held an image of Srindrakumara rajaputra (the crown prince), probably a son of Jayavarman VII. The long Old Khmer inscription found at the site (K.227), and now on display in the National Museum, Phnom Penh, relates how this prince or a king (samtac) was protected on two different occasions by four royal servants, all of whom lost their lives in his defense. The inscription lists the names of these officials and informs us that their respective images were once placed in the four corners of the shrine. 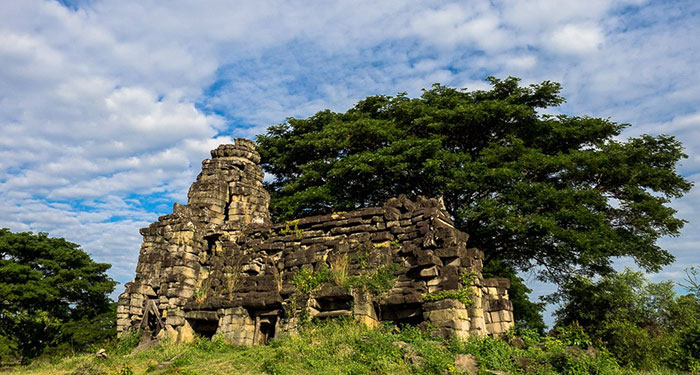 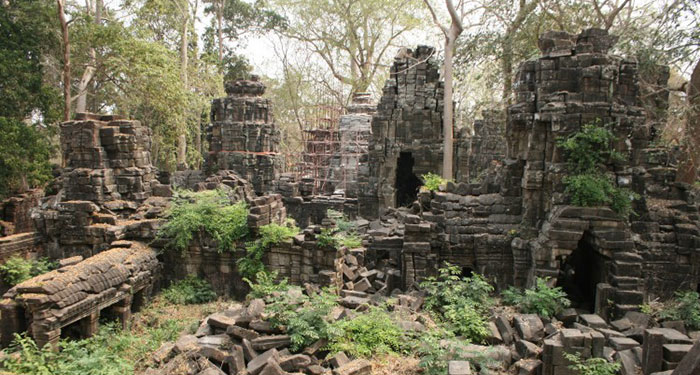